Just thought I'd show you what it looks like when I create a character without anything in particular in mind, and the the many steps of "this is isn't good enough" until until I eventually come to a point where I'm satisfied. 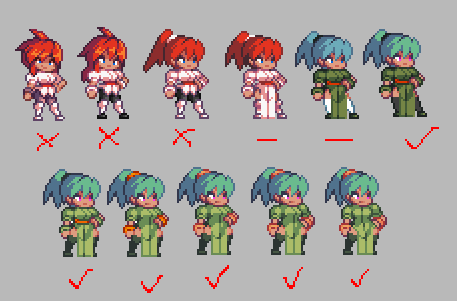 Generally the initial stages look awful, and I have to sort of work out what I'm even going for. You can see that as it gets narrowed down, it becomes increasingly more difficult to decide what changes are making it look better, and which are just "different". This stage is the hardest, because you could spend a long time tweaking stuff.
Posted by Kyrieru at 1:30 PM