I'll update this blog any time there's an H update, however everything else that isn't an H update will be posted here.
https://www.lufuclad.com/ 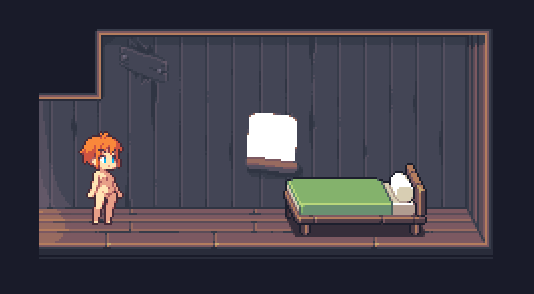 Still figuring out how exactly stamina will work. Added the basics though. It will change a lot as other mechanics are added, such as parrying. It will also be easier to figure out once I have some enemies with more movement and attack options. 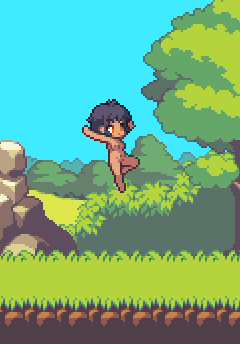 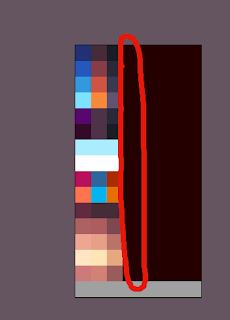 After doing some logo attempts (I posted some of them on Twitter), I've decided to go with Lufuclad as the title. Just couldn't get Restengear to look good, even though it looks fine on paper.

This update is still working towards actual gameplay bit by bit. Like I said initially, every second update will have some H, even if it's something simple. In this case I did the basic grab, since it will tie into a few of the mechanics. It's one of the many "function" poses that will be in the game that every enemy will have, which is why it's simple. In the future it will probably have climax stages, though.

Also, whenever the update contains new H, I will add an H to the post title.

Updates
-Enemies can now do the "grab" animation that will lead into a lot of the animations
-Struggling was expanded on, though it's still temporary.
-Added basic blocking functionality
-Added temp knockdown frame for when HP is depleted.
-Hp
-Attack collisions.

Also, I was a day late on this one. In the future I will shoot for sunday updates, so I'l try to work on the game mid-week rather than at the end. (I only got to work on the game for half of sunday, which is why it ended up late.)
Posted by Kyrieru at 9:50 AM 26 comments:

Which title should I use for the ongoing game?
Restengear
Lufuclad

https://strawpoll.com/hf9azefs
Posted by Kyrieru at 5:59 AM 20 comments: 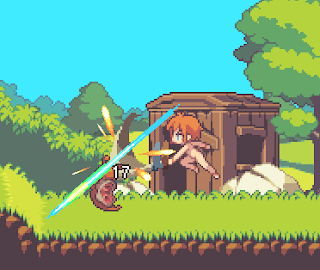 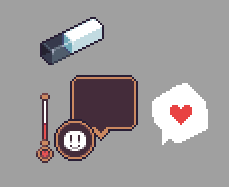 I will probably be making a blog for this game like I did for my animations, since there may be polls, and I want it to be obvious when I did updates, have a place for versions, etc.

The way I'm rolling out updates is that there must be an update every 1-2 weeks. However there MUST be new H at least every 2 weeks. So for example in this case there was no new H, so next week will include new H in some form or another. Later on H can be every week, once more of the gamey stuff is already done. 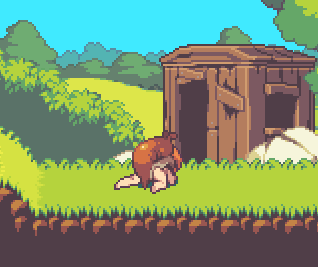 -Added prototype enemy with H animation.
-Programmed some of the H controls
-Added some sounds.

No game loop yet, but you can mess around and H the first enemy.
This demo demonstrates what manual animation controls will be like, roughly.

Normally, animations will play automatically, with the player only having some control.
However, I plan on making it so that if the player initiates an animation where the protagonist is dominating the enemy, the player will  thrust manually. (though it will also be possible to set it to auto, for those who want it.)

I also plan on making it so you can play as any enemy, male or female. This will either be in the form of transformations, or simply as an extra mode. In this mode, you will have manual control over dominate animations.

For now, the controls are as follows once grabbed:

Down: Insert/thrust
Right: Initiate climax. (later this will have conditions or be based on stuff)
Up: Pull out.

Don't worry about bugs for now.

All animations will function this way, and some will have extra controls, depending on what the animation is.