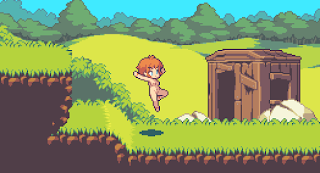 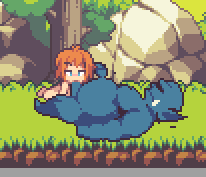 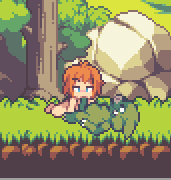 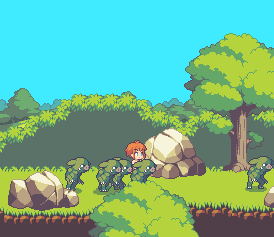 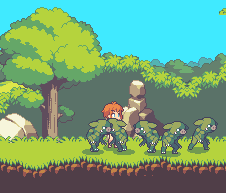 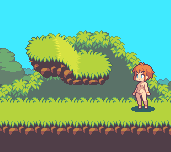 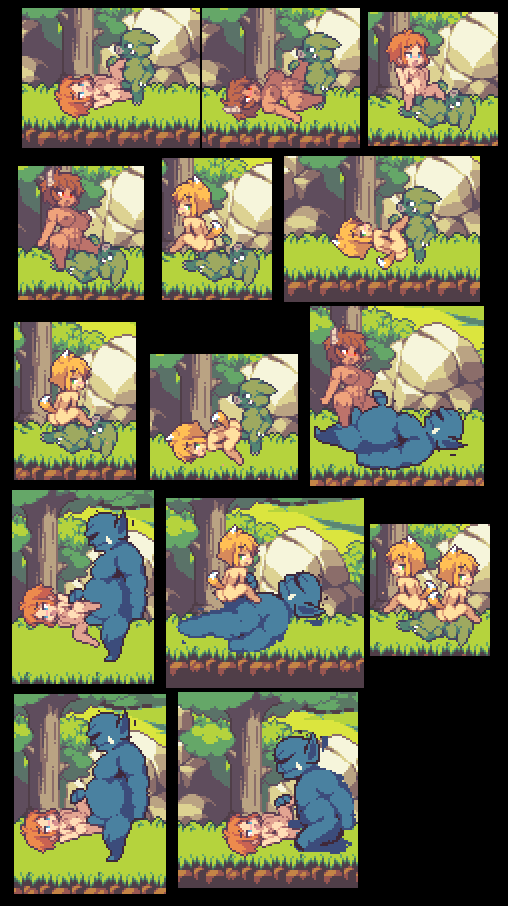 Currently figuring out how posing will work.

Like I've said before, the player will have unique animations with every enemy while naked.
However, while clothed the player will use generic poses across all monsters, as seen above.
Female enemies will also use these poses, so that male and female enemies can all H each other.

The hard part is figuring out which poses to use, since some poses offer more possibilities than others. For example, the first pose can be used horizontally or vertically, or flipped, to get different variations. As long as all the parts match, the sprite can be rotated and positioned through code, which means I only have to animate 1-3 poses per enemy.

So basically, I need to decide on some sort of system. For example, let's say the male and female pose in image 1 are "F-A" and "M-A".

F-A can be flipped vertically with M-A.
Both variations can also be rotated 90 degrees

In total, there would be 4 variations.

However, depending how M-A is drawn, other poses can work in the same way. For example, the animal girl's above pose works in the same situations as F-A, despite being a different pose.

So...is this animal girl's F-A, F-A2, or F-B?
While it works in the same situations, it has possibilities that F-A's doesn't such as the face-sit pose seen with the goblin.

In other words, can F-A be anything so long as it works with the same male poses, OR, do I just have a wider range of poses in the map?

And also if there is variation, I will likely have to choose between male or female to have variation. If the male poses are always A-B-C and specific, then female poses can be anything as long as they each work with the male poses. Yet at the same time, the player will probably be more interested in having more variations for monsters, since they will be seeing the player's animations the most.