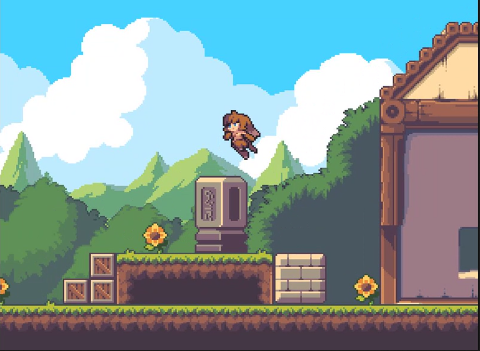 While I'm waiting on some stuff to get Aster on DLsite, I'm trying to figure out what I should work on and release next. Always the question..

Needless to say, my main goal at this point is to work on Noaika. My mistake over the past couple years has been saying "I'll release a quick side project so that I can work on Noaika without worrying about money!"

Enter feature creep, uncertainty, and the usual health problems, and I've done a ton of work on various projects without any of them being released. I'd start a project, get a ton done in a week or two, and then the project would blow up into something bigger. I'd work on it a bit before thinking "this is going to take too long", and off I'd go starting another side project, honestly believing that I'd be able to hold myself back and make something small in a month or two.

Hell, Noaika itself was initially a side project taking a break from this

In fact, let's take a look at the trainwreck so far.

To count them up , I've worked on about 12 projects, 3 of which have been sold, and 5 of which are anywhere from 40 to 70% done in dev limbo, and the rest will never see the light of day. Noaika itself is basically a game and a half given that it has three versions at this point that are totally different.

Patreon worked well initially, but has slowed me down quite a bit. It's become harder and harder to come up with animation concepts that dont feel like I'm repeating myself, and a lack of focus and uncertainty in ideas turns into procrastination. I'm always left with the thought "I wish I could just do 5 game animations instead of this one big one"

All that said, working on Noaika without doing something else is still not an option at this point, financially. Do I try and finish one the many side projects while doing patreon animations so I can pay off stuff and get back to Noaika with no disctractions? Do I work on Noaika and switch to working on a seperate weekly patreon game instead of animations so that I can have more frequent, consistent patreon releases?

Or do I abandon games altogether and work on like 8 patreon animations in a row and....actually nevermind that sounds horrible.


So, what do you think I should do? I could work on pretty much any of the side projects (which you can see a little more about in the projects tab up top) Could even get the umbrella game out of the way before it becomes any more outdated, graphically. If I start talking about making a new side game and tell you I can finish it in 3 monthes though, just give me a good slap.