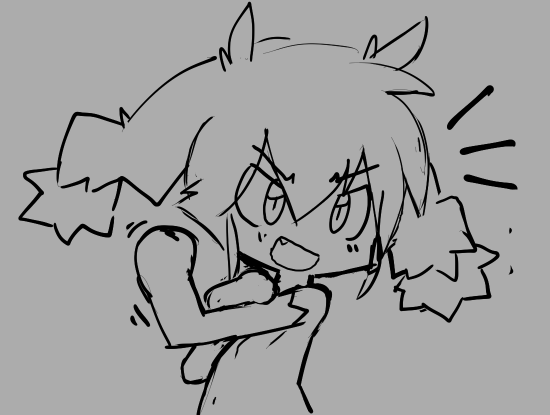 For those of you who just want life-signs and small previews here and there, use my Twitter. It's basically for everything that's too small to bother posting here.
https://twitter.com/Kyrieru

In general, until I have a demo/something to download, I won't be updating the blog much. After some of the projects I'm working on are released, I'll probably go back to posting here more actively, and doing other things like talking about game design, etc, like I used to.

Until then, however, Twitter is the place to look. I'll also post a link there whenever this blog is updated.
Posted by Kyrieru at 11:48 AM 69 comments:

I'm currently working on doing some of the core aspects of all my games, in GM2. First up is gamepad support with adjustable buttons.

Since this is not an afterthought, but an actual attempt to do it as well as possible, I thought I'd ask you guys about some stuff before I start.

1. What are some common complaints you have about controller setup options in games? (can be visuals/aesthetics)
2. What do you see as essential features?
3. Are there any features that seem obvious to you, but are absent in everything?

So far my initial thoughts are
- There should be options inside and outside of the game.
- The screen should be traversable with keyboard, gamepad, or mouse.
- Adjust or disable rumble entirely
- Include visual representation of controller that clearly indicates if a controller is detected and what buttons are being pressed.
- Game must be able to detect controllers being plugged in at any time after the game has started.
- Don't skimp on presentation. Even an option menu should be satisfying. Might have some kind of character dedicated to options.

For now, I'll be doing a couple quick sketches deciding on layout fir the actual screen. Even though I'm doing it first, I assume it will be a tab of a larger options menu. 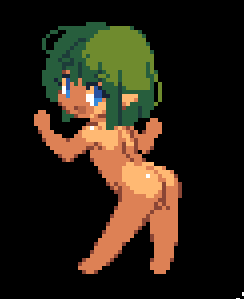 Eroico
I'm currently waiting on info from Nutaku about taxes, waiting on Mangagamer for marketing stuff, and waiting on DLsite to determine if the game is different enough to be listed as a new product. First word on it is that is isn't, but then this is, so I'm not totally sure what they're going on. The unlock code was included with the DLsite game, so people would be able to upgrade by using the trial.


Patreon
Other than that, I put up the latest character poll for patreon. In the meantime I need to do one of the draw winners from forever ago, and after that's done, do the animation from the poll. After that's done I'll probably finish the animation player and close the Patreon.

Noaika
For Noaika, I need to do it's whole soundtrack, sound design, and I also want to convert it to GM Studio 2 (They've made the process much easier). As I've said before, that's going to take a while so I want to release one of the side projects before doing that, so that I'm paying everything I need to be paying as I go.

GM Studio 2
Speaking of GM 2, I have it now, and I'm currently looking at all it's new features and deciding what I want to do with em. Main benefits so far are;

- Camera zoom and angle is easy and works well.
- Tilesets have autotiling and a brush system. (Speeds up tiling a lot)
- Rooms have layers, and you can have parent rooms.
- A ton of quality of life features.
- Decent audio mixer, making overall balancing much easier.

The only downside is that some of GM 2 is going to take some getting used to. Some of it works a lot differently, and some of it is kinda bad (The sprite editor is all over the place). In general, I'm going to have to adjust my workflow a bit.

Other than that, I'm trying to decide what sorts of things I want to learn how to do in GM. Even Eroico had performance problems, so I want to learn about more optimization methods, such as better collision detection. I also want to start using external file handling more, since Noaika in particular is NOT going to be able to run on a lot of computers without it.

3d elements in backgrounds are a bit of a gimick, but one I enjoy. It would be neat to get that working.

In general I want to come up with better methods for a lot of the stuff I've been doing. Syncing sound to Eroico's animations was time consuming, so it'd be nice to make an editor for that, since I'll be using the same method for future sound design.

All that said, I'm still not sure which side project I want to work on once the patreon stuff is done, since as much as anything it will be about learning some new stuff before I try to implement it in a bigger project like Noaika.
Posted by Kyrieru at 6:03 PM 51 comments: 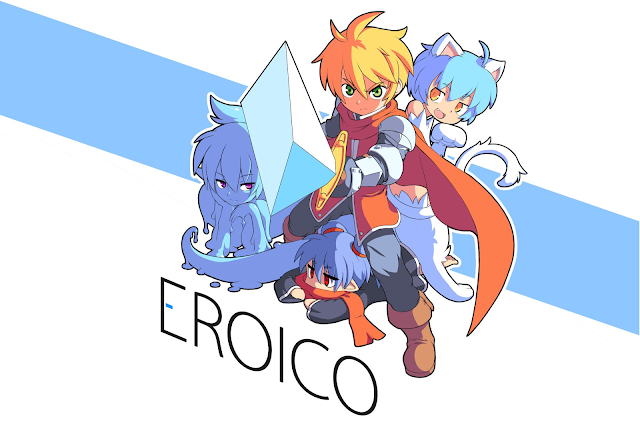 New version of the Eroico Revision. (Redone animations, revised CGs, gameplay changes)
Note: Old unlock files still work, and now Noaika pre-order files will unlock Eroico as well. I will be updating DLsite's version soon, though it's codes work with this too.

Fixed in V5:
- Window no longer automatically centers or resizes in most cases.

New version of the Eroico Revision. (Redone animations, revised CGs, gameplay changes)
Note: Old unlock files still work, and now Noaika pre-order files will work as well. I will be updating DLsite's version soon, though it's codes work with this too.

Changes so far;
- Fixed problem where music doesn't play in ending.
- Added Vsync option (If you had speed problems, try it now)
- Fixed problem where H-content turns back on after reloading the game
- Vampire bugs.
- Debug number during first boss
- Tree boss gets stuck
- Controller problems (At least some of them. Try again if it didn't work before)
- Breakable block doesnt break when boosting
- Added Balance based on difficulty
- Fixed bug where balance resets when restarting
- Added controller button for knockdown
- Changed UI
- Made Invincibility time longer

I read all the comments, so I've seen all your reports so far. I havn't fixed some bugs because I've either been unable to reproduce them, or because I can't find a solution. (In the case of screen size issues or zoomed in CGs, for example, I can only reproduce the problems with a weirdly low resolution). Let me know if you find any more, and I appreciate the help so far!
Posted by Kyrieru at 3:39 AM 75 comments:

Well, I've finished the update to Eroico. If you encounter any problems or bugs that I've overlooked, let me know. If you have any other small requests regarding the game, this is your last chance, since I won't be updating it after any fixes I do in the next day or so.

Note: If you've already purchased Eroico in the past, then your unlock code still works; you don't need to buy the game again. (But hey, if you pirated before it then maybe now's the time to buy it *wink*). If you need the unlock code resent, send me an email. If you bought the game through DLsite, then the unlock code for that works with this.

And again, let me know if you see anything wonky. Chances are I missed SOMETHING.

Fixes in progress:
- CGs appearing zoomed in
- H-content turns back on after death
- Enemies in third area cant knock you down.
- Leftover debug ?
- Music doesnt play in ending
- Alleged Cat seizures
- Controller sabatoges keyboard usage. (If you have problems with a controller, unplug it, for now)
- Desert Boss peaces out mid-fight.
- Vampire gets fed up with waiting to H and leaves.
- implement alternate platforming sections for platforming
- Turned Vsync on by mistake = lower fps (Will add an option for this)
- Window mode does whatever it wants without your consent.  Can't do any more with this.
- Tree boss gets stuck under doorway like a scrub
Posted by Kyrieru at 11:56 PM 102 comments: 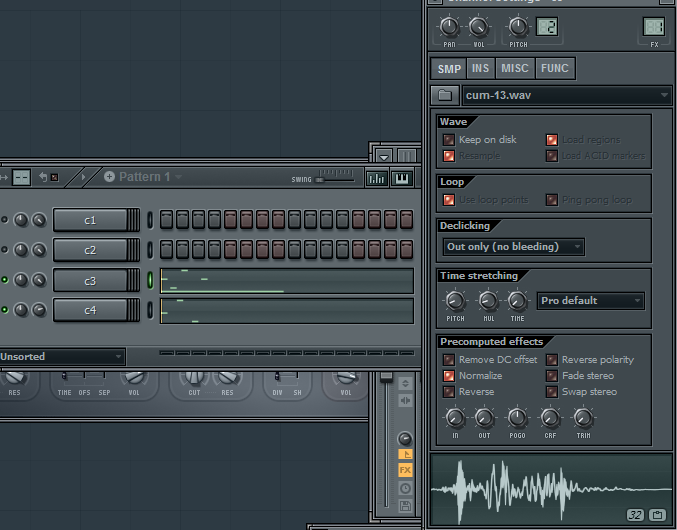