Since a lot of what I've been doing thus far has been programming, it's been nice to finally start animating the player sprites. Usually I start with them, but only because I tended to start new games on a whim, so it ended up being random sprites turned game project.

This time around I had to have a few things planned out before I started, but it's at the point where it's important to have the player animated before going any further. I really helps you get the right feel for the controls, and how everything is going to work around the player's movement.

Here's one of the attack animations, though it's not finished yet.

I also started doing some of the world map tileset, since the game is going to have some adventure game elements. 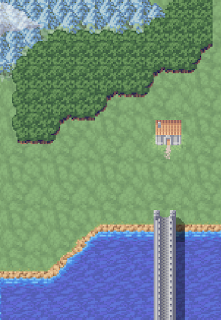 That aside, I'm mostly programming, at the moment. It will be quite a while before I release any kind of demo.

Anyhow, that's all for now. I'll try and post some pictures every week, to keep things interesting.