In many of the best retro platformers, rarely does the view remain static, centered on the player. It moves and adjusts based on particular circumstances.

Today I was taking a look at Super Mario World's camera and how it works, since it's a bit different. It can more or less be divided into 2 catagories, which I'd refer to as,

However, before explaining the difference let's take a look at horizontal movement, which is more or less consistent throughout the game. 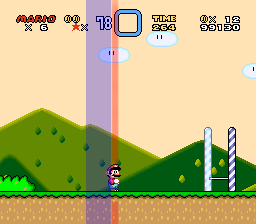 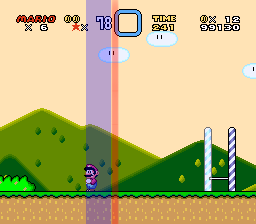 If the player moves back into the buffer zone, the camera position remains unchanged. This keeps the screen still during moments when the player needs to move backwards temporarily, keeping the focus on what's ahead. 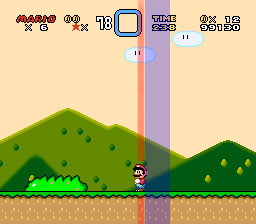 In this way, the focus is always on what's "ahead" of you, and doesn't switch simply because you go back a few steps. It only re-orientates itself if you leave the buffer zone, which is the game's way of deciding which way the player is going to go at a constant pace, rather than just temporarily.

With that out of the way, let's take a look at the first type of camera tracking. 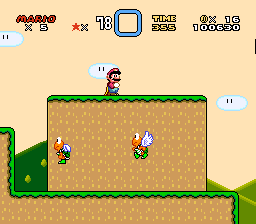 In the fixed camera mode, vertical movement is not tracked. That is, the camera does not oriented itself based on Mario's vertical location. Since the level is horizontal and ground based in nature, that's where the camera remains. 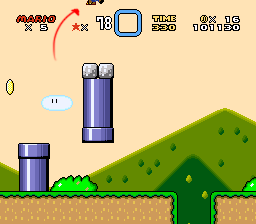 Mario can even leave the screen, and the camera will not move vertically. 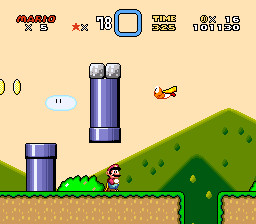 It's also important to note that the camera's view does not go very far below the ground. (the lowest point where the player can safely stand). This is to avoid wasting the upper portion of the screen. 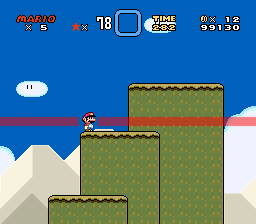 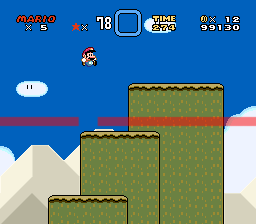 Like fixed mode, upwards vertical movement is not tracked just by moving. Unlike fixed mode however, it does adjust based on platforms. When Mario lands on a surface higher than where he was previously standing, the camera shifts upwards to his location. 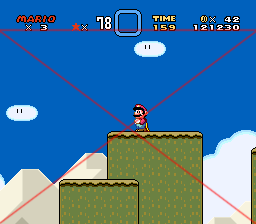 It's also interesting to note that when jumping up to a higher platform, the view seems to orient based on where the center of the screen would be if you were to ignore the hud, allowing you to see above and below equally. (since the hud obscures things above you somewhat, I suppose.) 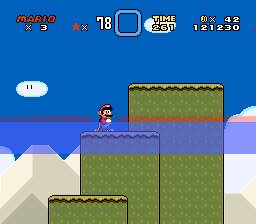 Falling works in a different way. It's tracked a little more like horizontal movement, wherein you have a small buffer below you. I suppose this is so that the camera will not re-orientate itself if the platform you jump down to isn't that much lower than the one you were on. 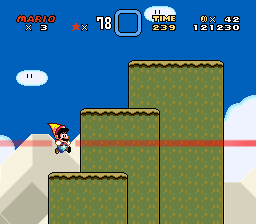 After passing the buffer, Mario remains oriented slightly lower on the screen.

If you land on a lower platform from a higher one, the camera does not re-orientate where Mario is on the screen, since you're basically still at the end of the buffer the game uses for falling. This means that falling onto a platform orients Mario lower in the camera's view, whilst jumping to a higher platform put's him higher. (still with me?)

To put it simply, the purpose of camera orientation is to avoid wasting important screen space, and to direct the player's attention. Mario uses the two types depending on the type of level, and where the player's attention needs to be, fixed for flat,  horizontally oriented levels, and vertical for levels with a lot of vertical movement. (I'm ignoring the camera movement when you use the cape, since that's a bit different.)

In the end it's a bit difficult to describe well, so next time you play Mario, or any other good platformer for that matter, try focusing on the way the camera moves, where the player is oriented on the screen, etc. I think you'll find that they tend to be a bit more complicated than just centering the player in the center of the screen, and it's one of the things that makes them work so well.