When I did the tutorial covering beginner mistakes, there was someone who was a little put off by the fact that the sprite I edited wasn't more basic. Now, this isn't a tutorial on how to draw complex, or even simple characters, so much as it's a few examples of how basic shapes can be used as a starting point for just about anything.

Furthermore, while basic guidelines can be used to draw characters, with pixel are they can make up a character without refining the shape much at all. In the low res example below, you can see that the character is set up exactly the same as the first guidelines above. Even the higher res sprite is just the same set of shapes with the shading doing most of the work, and features such as breasts added afterwords. 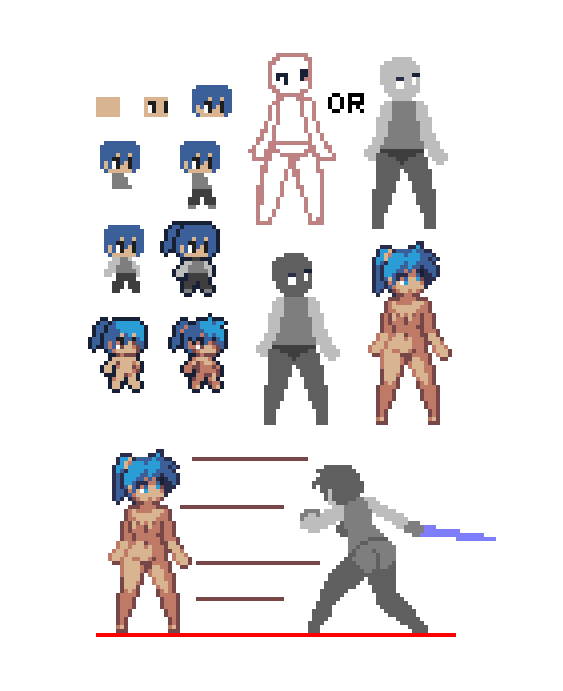 That's about it really. If you don't know where to start, then start with simple shapes, and focus more on the shading.