Solving the disconnect between player and protagonist.

Something that I've been thinking about today, after playing through the VN "Starless".

Ignoring the fact that 80% of the H-content wasn't for me and was basically just skipped through, there was a key problem with it, and it's a problem that a lot of interactive media has.

Without spoiling too much, about 30% of the way through the story there's a moment where the protagonist is offered something, and he accepts it. Eventually, the protagonist's decision to accept the offer has consequences at the end of the game, and it's the cause of most of the game's Bad Ends unless you make the right decisions throughout the rest of it. 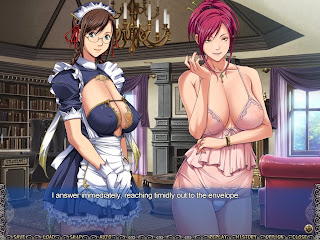 This would be fine, if not for the fact that at that by this point in time the protagonist should have known enough about the character making the offer to realize that accepting it would eventually lead to problems. I realized it, and I knew as much as he did about his circumstances, so why didn't he?

For me, moments like this are a huge problem, because it creates a disconnect between myself and the protagonist. And as long as there's such a disconnect, especially at such vital moments, it invalidates the resulting conflict and makes Bad-Ends feel unjustified. It makes it feel as if they were forced upon you, instead of feeling like they were a result of your choices. It's like a game with unresponsive controls, where you're character jumps into danger without your input.

So, how do you solve this? Obviously, the answer in most cases is simply "better writing". But how can you make sure that the player can act on their revelations once you've given them enough information, instead of waiting fot the in-game protagonist to do it themselves?

The best execution I can think of are the cross examination scenes in the Phoenix Wright series.

The genius of them was that while you usually had theories: just like phoenix,  neither you nor he could prove that they were true without evidence. You had to press witness for clues and evidence, and in turn, you learned along with the protagonist.  Knowledge wasn't merely an item to be acquired by you for the protagonist to use on his own in a cutscene. Utilizing it required an understanding of the situation, and relied on your own intuition. As a result, solving problems was satisfying.

Of course, It had it's problems here and there. But when the cases were well executed, they were really well executed.

Choices in VNs, and the deceptive game.

Going back to choices in VNs, what makes a good decision?

For me, a good choice is one that relies on what you've learned from the story. How much were you paying attention to the characters? What do you know about the situation? Is this character lying? Does something seem off? In a good VN, making the right choice validates the game's conflicts, and makes the experience more satisfying, because solving a problem isn't as simple as a 50/50 chance. It's a puzzle to which you've already been given the pieces to solve, and utilizing those pieces is satisfying.

Even when you get them wrong, you should feel like "you" messed up. It should never feel like the VN itself deceived you. or gave you the wrong information. If a character deceives you and you fall for it, it should only be because you failed to utilize the information the game provided you with.

Comparing this to a normal game once again, consider the following scenarios,

1. You enter a dungeon knowing nothing about it. You enter a room, and above you is a spiked ceiling, and in the middle of the room is a chest with a bloodstain around it, Do you go open it?

2. An NPC you've never met before tells you to go get a chest in a dungeon, and assures you that he deactivated the traps. You enter the dungeon. Above you is a spike ceiling, and in the middle of the room is a chest with a bloodstain around it, Do you go open it?

3. The protagonist enters a dungeon. After seeing the trap, he goes elsewhere, and after a long section of fighting against enemies, he deactivates the trap. Once again he returns to the trap room. Do you open the chest?

Now to look back at these, Let's assume that in every one of those examples, opening the chest kills the player instantly.

1. Looking at the first choice, there are enough context clues for the player to realize that opening the chest is not a good idea.

2. In this example, while an NPC told the player that the trap is inactive, once again, it's up to the player to determine if he was lying. This depends more on execution of the NPC, or the state of the spike room.

3. In this example, the death would be inexcusable, as far as I'm concerned. The player was not deceived by a character, but by the game itself. The fact that they were paying attention to context clues and how the game worked was used against them, and invalidated their attention.

This is often done in VNs, but in a weird way. They'll take the most sensible option, and make it the wrong choice. To the point where after a while you're not accessing the situation anymore, but instead trying to guess if the VN is trying to trick you or not. It's hard to get invested in a story when the developer's arbitrary mind games are more relevant than paying attention to the world they created. The protagonist wouldn't been thinking "VNs like making the most obvious choices the wrong ones", so why should you?

Anyhow, Now that I've rambled on for way longer than I meant to, I'll pose the question I originally meant to. That is, how do you solve the disconnect between the player and the protagonist?

Using that previous scene in Starless as an example, how do you let the player utilize what they know in the story without bringing up a multiple choice? The thing is, not every player will realize it when something is off, and so presenting the choice itself could be seen as a disconnect. 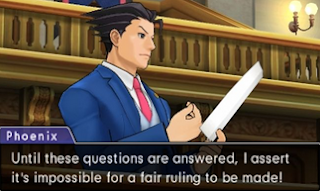 Obviously it's not going to work to have such an involved system with evidence and whatnot throughout every game, but I think timing alone would be enough in some cases.

For example, you could have a simplified objection-esque system. One that can be activated at any time, but would only effect something if you activate it at the right moment. For this to work, the trick would be providing the player with enough information that they "Feel" as though something is off at the right moments.

Let's say that early in a story a character says,

"The old dock? I've never been there myself, so I don't know much about it. However I know where it is so I suppose I could take you there"

And then later in the story, while at the dock, the character might say this, in the middle of a conversation,

"Look, I don't know more any more about this place than you, I haven't been here since I was a child! Unlike you, I have a job to do now."

During that line, and for a couple after it, the window would be open to trigger an event. Doing so might result in more information for the player for later events, a choice, or sometimes just a slight change in dialogue that reveals more of the story.

Of course it looks obvious when it's written side by side like that, but hints and event points would be sprinkled throughout normal dialogue, so in many cases the player wouldn't even notice if they weren't paying attention. It would also probably make sense to limit how many time the player can activate events, too, so that they can't just press it all the time.

The challenge here would be "designing" the writing so that the point of revelation and the window of opportunity is clear. That way, when the player presses the event button, they know exactly what they're pressing it for, and when to do it. (There would probably be a bit of a rewind function for dialogue) 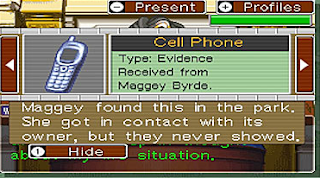 When timing isn't enough, in some cases you might need to make it so that the player cannot activate an event if they lack the information to do so. For example, if a character says,

"Luckily for us, no one in the company was involved in the attack, With the death of his daughter, I can't imagine how the CEO would take it. "

While the line may be an event point, you couldn't activate it unless you had encountered relevant information about it. It might be seeing a gun case in a room, talking to a character, or seeing someone go somewhere they aren't supposed to. You could also make it so that activating it at the right time without the condition has a result too, just to tell the player that there's something they could do if they can find evidence.

Of course, there would be events based on mere suspicion without conditions as well, as they would be more about timing, and paying attention to the events and characters around you. As long as it's well written, I think the player would be able to understand what using the function is going to do at any given time, the same way an "interact" button is obvious when you're in front of a door.

Anyhow, this is all just playing around with ideas. Who knows when I'll ever try such a feature. Certainly not in Noaika, as it isn't really complex enough to need it, assuming I add dialogue at all.