I know things have been quiet for a while -___-

Don't worry, still alive, still working. For the amount of time this is taking, at this point I'm pretty sure I'll either be giving those who pre-ordered something else for free (probably the next game, considering many people paid more than $5), in addition to Noaika. Given how long it's taking. (Even though I didn't give a date, it still makes me feel awful).

Edit: I mentioned refunds, but as people pointed out below, I suppose that was dumb of me to consider -__- 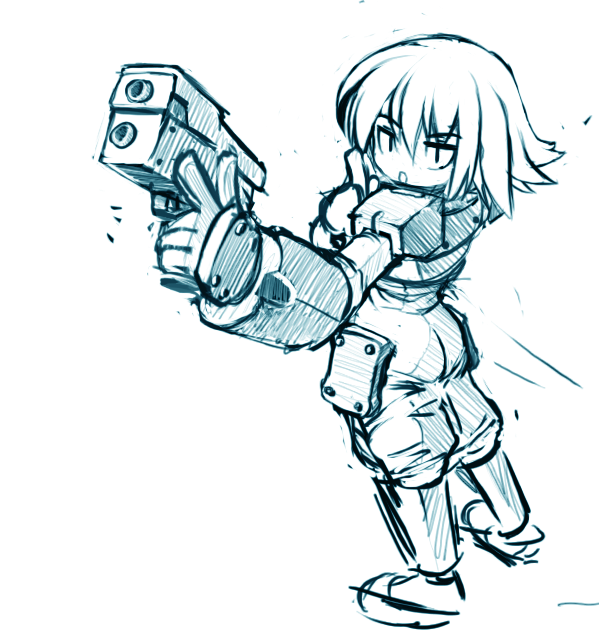 Since many of you just want to hear "something", just any kind of update, I'll give some insight into one of the features of the game.

Basically, in addition to normal enemies, there are a small set of enemies that are a bit like mini-bosses, that appear in certain areas around the map (they move around, sort of like in monster hunter). Part of the game revolves around hiding from some of these enemies initially, but hunting them down and capturing them, once you acquire the equipment, or skill, to do so. (To clarify, the general areas they appear in are designed for them, so you won't have to worry about them appearing in other areas where it would be tedious, such as platforming sections.)

Well, for the most part, anyway.

Some of these bosses are monsters, and some are more humanoid. Unlike normal enemies, these bosses also have a bit more H-content associated with them, rape and otherwise. Some of them don't actually harm you, but will do things that lead to H-scenes if you're caught off guard.

But SSHHH!!! You didn't hear it from me. If anyone asks, you haven't heard from me in a while.