I Finished re-implementing the text engine that I had originally made for Crimson Brave. Actually turned out to work in the new GM without much modification. 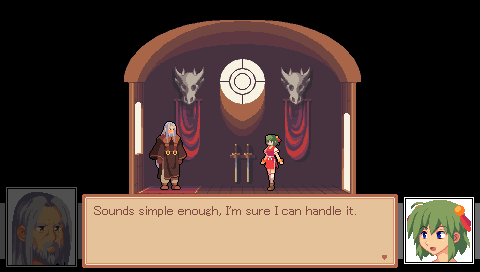 I initially planned on having fullscreen character images, but then I remembered that the player might be able to change costumes, so I decided on simple mugshots instead.

Right now I'm working on the intro to the game, which includes a couple cutscenes and a few basic sections before the player reaches the actual map. The good thing about this as a goal is that it includes pretty much every aspect of the game, so once it's finished I can move on to the rest of the game with the entire engine already in place.

Other than that, the game will now also have 3d sounds. Meaning I can have certain background sounds that are louder or quieter and pan based on your location. Neat stuff. 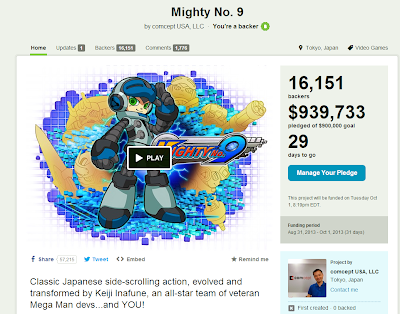 First of all, I'm pretty sure this is the coolest damn thing ever.

For someone like me who is pretty cynical when it comes to the mainstream games industry, this is exactly the kind of development I want to see. Game designers who made classic games working on projects they care about, free from the financial influence of publishers? Yes please. To be honest, I'm more excited about the prospects of something like this happening more often than I am about the actual game.

Also, just thought I'd give a shout out to CashireCat, who recently finished an adult platformer. Check it out if you have the time. 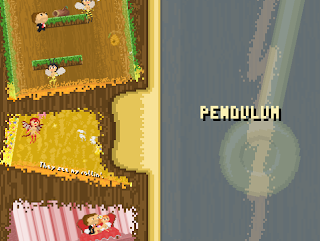 http://dreamingofcheshirecat.blogspot.ca/
Posted by Kyrieru at 2:09 PM